Home > Blog > On drawing.
It has been two years this month since I picked up a paint brush. 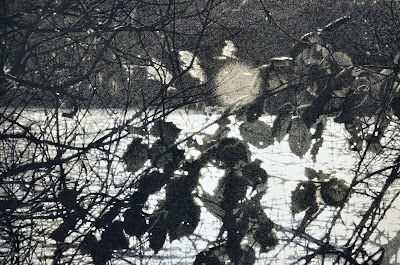 For two years or more before that I had been finding oil painting increasingly confusing.   Nothing pleased me.  At times the multiplicity of choices – brush, colour, tone, surface, subject and so on – had, without exaggeration, begun to make me feel schizophrenic.  It’s very hard to renounce something one has loved and practised for so long, something so bound to one’s identity but it gets to the point where if you can’t stop it, it will.  I just could not complete a painting. 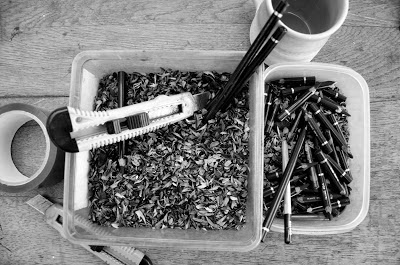 Possibly the only really useful piece of advice I was given at art school was along the lines of; when you get stuck, draw! But draw intelligently.  And so I cleared all the canvases and paints out of the studio and started to draw and draw, and draw.  It turned out to be completely magical and rather healing.  Carrying so much less expectation than painting, burdened by fewer choices – there is only the black of the charcoal and the white of the paper – to just draw is a massive relief. 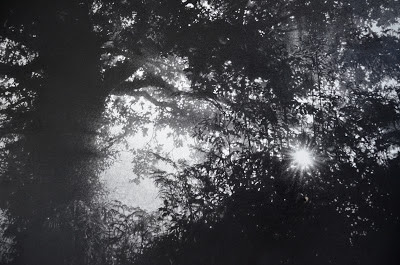 And I found this fragment from John Berger which sums it all up:
“Image-making begins with interrogating appearances and making marks.  Every artist discovers that drawing – when it is an urgent activity – is a two-way process.  To draw is not only to measure and put down, it is also to receive.  When the intensity of looking reaches an intensity of a certain degree, one becomes aware of an equally intense energy coming towards one, through the appearance of whatever it is one is scrutinising.  Giacometti’s life’s work is a demonstration of this.
The encounter of these two energies, their dialogue, does not have the form of question and answer.  It is a ferocious and unarticulated dialogue.  To sustain it requires faith.  It is like burrowing in the dark, a burrowing under the apparent. The great images occur when the two tunnels meet and join perfectly.  Sometimes when the dialogue is swift, almost instantaneous, it is like something thrown and caught.
I offer no explanation for this experience.  I simply believe very few artist will deny it.  It’s a professional secret.
John Berger 1987