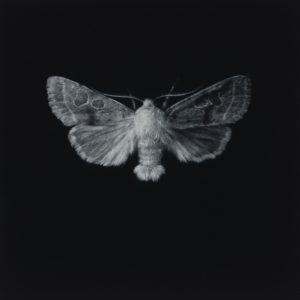 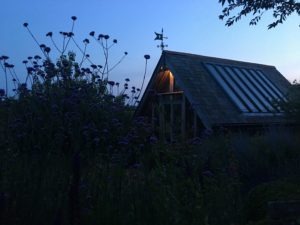 In the two years since my last blog post I have had the enormous privilege of working with four seriously good writers – Peter Reason, Mark Cocker, Alice Oswald and Gay Watson. Each of them is as generous as they are brilliant; never-the-less, having seen first hand how it should be done, I’m now a little shy of trying to string words together myself. Beyond that, world events, specifically looming climate breakdown – have felt so vast, so all encompassing, that frankly, it has been hard to know what to say.

For a couple of decades now it has been my good fortune to have had a series of solo shows in London with excellent and supportive galleries.  The last of these exhibitions was exactly a year ago in May 2019.  The show coincided with the first Extinction Rebellion, and the birth of Culture Declares and, although the work was very clearly presented in the context of my concern for ecological collapse…somehow the whole thing still managed to feel uncomfortably disconnected…shiny and superfluous.

It is not uncommon to feel a little low and flat after a successful show – in fact it is nearly always the case – but this was different, I felt miserable and for a while paralysis set in with the gloom.  The world of art fairs and galleries felt narcissistic and increasingly out of touch; ‘art’ was glitzily sleepwalking and surely above engaging with anything so dreary as a dying planet. Things had to change.

Writers and poets, not to mention scientists are well ahead of the visual arts in this waking. My uncle Peter Reason and I had written a small book on Art in a time of Catastrophe and now it seemed there were books and symposiums everywhere about art and climate crisis. But I am a maker of images. A maker of images in an era when image making is all about identity and self-expression. Trekking round art fairs and going into galleries looking for something, anything that felt relevant and, (with very a few exceptions), my eyes saw only noise and narcissism.  How had we come to be so appalling and exclusively occupied with ourselves? Was there, is there, any way to make visual work that in could in some small way play a part in turning the tide of destruction?  Hubris to think such things, surely?

Returning to Devon and turning back to the poets, I found an essay by Kathleen Jamie in which she asked if the act of paying attention might, in and of itself, be an act of rebellion. Relieved to read words that confirmed my own feeling, I nonetheless worried that a strategy so quiet, so filled with emptiness as attending to things was surely not enough?  It’s a crisis, don’t we need stronger medicine?  The answer is that of course it isn’t enough but it is absolutely necessary. It is necessary because as we know full well, attention is the beginning of devotion and until we devote ourselves to something other than ourselves we will continue on this awful trajectory

It might be worth at this point going back to the etymology of attending.  The following is from psychotherapist Gay Watson’s excellent book ‘Attention’.  She starts with some definition:

From the Latin: ad + tendere = to stretch to

To direct the mind or energies to; to watch over, to wait for, to expect;

To listen, to regard, consider

To accompany, to take care of… to listen to, to wait for… all of these transitive meanings of to attend relate not only to an object but also to a process, a manner of relationship with that object: a way of relating to the world in a manner that includes receptivity and care. Care rather than imposition.  The intransitive meanings of the verb repeat this; to take care, to give attention, to remain ready, to wait, to serve.  The tendrils of meaning spread out in all directions, denoting a stance towards the world that is richer and stranger and further from our everyday understanding the more we attend to it. A clue, perhaps, is in the etymology – to stretch to, to direct the mind or energies to, to watch over, to wait for, to expect, to listen, to regard, to consider, to look after, to direct one’s care, to tend. Surely attention even more, a way that we might better be in the world.”

In our brightly lit, self-absorbed and busy lives, it seems to me that it is above all our attention to the lives of our fellow creatures that has slept. In that sleep of our attention, the damage has been enormous and, if it is to be undone, we must open our eyes and look long and hard at what is happening. To be fair, I think poets,  (in their somehow less flashy, un-Mayfair world) have been saying this for years. The work of artists should be no different. It is and always has been to awaken our attention, to show what is unseen, to love what is unloved. 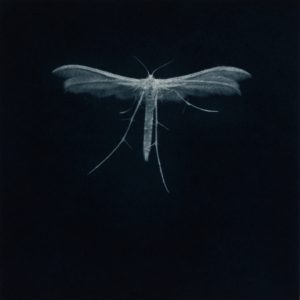 Which brings me to the moths. Why spend a year making mezzotints of moths?  Why on earth moths?

Misunderstood and overlooked they are deeply unloved by most humans.  Unseen in the dark and dismissed as ‘dull’ in favour of their flashier, diurnal cousins, the butterflies, moths are in fact more numerous and more varied, are a major part of our biodiversity and hold vital roles in the wildlife ecosystem.

And we are indeed in the middle of the sixth extinction of life on Earth, this one caused by human action. Since 1914 there have been around 62 moth extinctions in Britain alone. In the last 35 years, the overall number of moths across Britain fell by around one third, and numbers of some species, like the well-known Garden Tiger, fell by 80% or more.

The main cause is habitat loss, the result of intensive farming and commercial forestry. Other factors like light pollution, garden pesticides and climate change may play a part.

In the complex web of things, these alarming decreases in moth populations are not just bad news for the moths themselves, they have worrying implications for the rest of our wildlife. Moths and their caterpillars are vitally important food items for many other species, including amphibians, small mammals, bats and many bird species. Moth caterpillars are especially important for feeding young chicks, including those of most familiar garden birds such as the Blue Tit and Great Tit, Robin, Wren and Blackbird. It is estimated that our Blue Tit chicks alone need an estimated 35 billion a year.

A continuation of this serious decline in moth numbers, (and there is no reason to suspect the decline will not continue), will have disastrous knock-on effects for all these wildlife species. Already, research has indicated that a decrease in the abundance of bats over farmland is related to the decline in the moths that they depend on. Cuckoos may also have been affected. They specialise in eating the hairy Tiger-moth caterpillars, which most other birds avoid, and the drop in our Cuckoo population may well be linked at least in part to the plummeting numbers of these beautiful diurnal moths

I should say now that I am no entomologist and wasn’t looking for moths when I started this work. The truth is that I was lost and they arrived in search me. There was, in the end, no ‘choice’ in the matter.  They came out of the night, with all their powdery fragility and found me.

As their presence become ever more insistent, the only real question was how to respond? How to honour both the detail and the darkness of these unseen lives? Mezzotint is a labour of love. (I was drawn to it as a method in the first place because of its difficulty). It is slow and gradual and difficult, there are few opportunities to impose oneself, to splash gesture and ego. Beyond that, the gradual drawing forth of the moth from the darkness seemed a perfect matching of method to subject. The method itself holds meaning for me somewhere in its ability to speak literally and poetically of the moths being neither present nor absent but always both. Here and not here… emerging from the night whilst disappearing from our lives. Also, because I’m working in a mirror and from dark to light and without line, there are, in the long hours of making, many when it’s not at all clear whether I am ‘drawing forth’ or if the moth is revealing herself. There’s much more of a play, a conversation between these two possibilities than there is with some other media. I value that exchange more than I can say.

I would emphasise that it’s the revelation that’s important. There is in the short lives of those Quakers, Ermines and Tigers a glory that comes from their participation in the whole complex, entangled fabric of life. Their fragile, winged emanations speak to us urgently of the dark, of the earth, of our own bones, of all we cannot see. In the end Art, like poetry, is of no interest when it comes from the self – only when it comes from beyond.

I write this in the seventh or eighth week of lockdown, (I lose track of time). Confined to my home in Devon as a result of the Covid19 pandemic, 2020 has indeed turned out to be different. Having spent all of last year absorbed in making mezzotints of common British moths, the works were scheduled to tour three different galleries around the country, with more venues in the planning. There were to be talks, mothing nights with local entomologists, events with the charities Buglife and The Devon Wildlife Trust. The mezzotints were invited to a print fair in Paris, some were part of a European touring show…  It has all of course been cancelled or postponed.  Perhaps after all this was just all another version of busyness. For now we are asked to stay still and so we do.  After eight weeks or so we may now be chaffing to get ‘back to work’  – but it has been a Sabbath of sorts, a month of Sundays and I am grateful and in no hurry to emerge.

All the moth mezzotints are on this website here 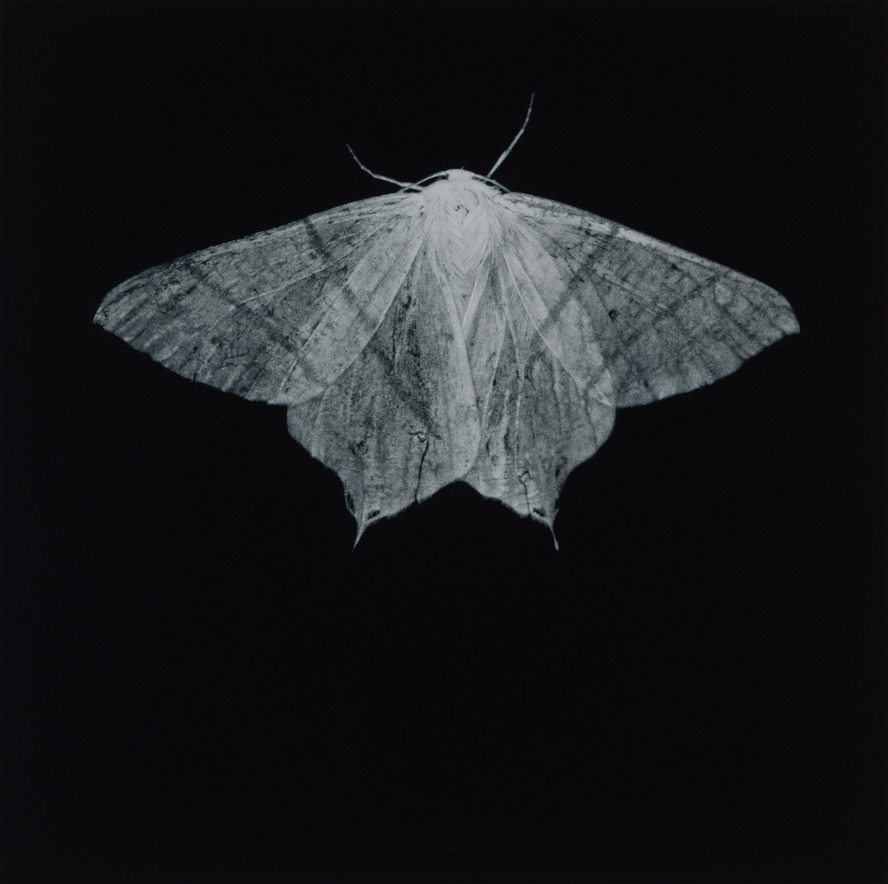 « About a Beech Tree